In Bio7 it is easy to update the Eclipse ImageJ plugin to the latest version. Open the main menu Help -> Install new Software dialog and add the following update site entry (see screenshot below) to install the update:

It might be recommended to externalize the default ImageJ plugin location (the plugins to extend ImageJ) in the Bio7 preferences (Preferences -> Preferences ImageJ -> Plugins Path) thus that the updates don’t overwrite the default location.

You could for example set the path to a local and remote Github repository to share the plugins with a team.

A change in the preferences will automatically update the ImageJ classpath at runtime (as in the ImageJ menu Help -> Refresh Menus).

I released a new version of the Eclipse ImageJ plugin based on ImageJ 1.52q44. 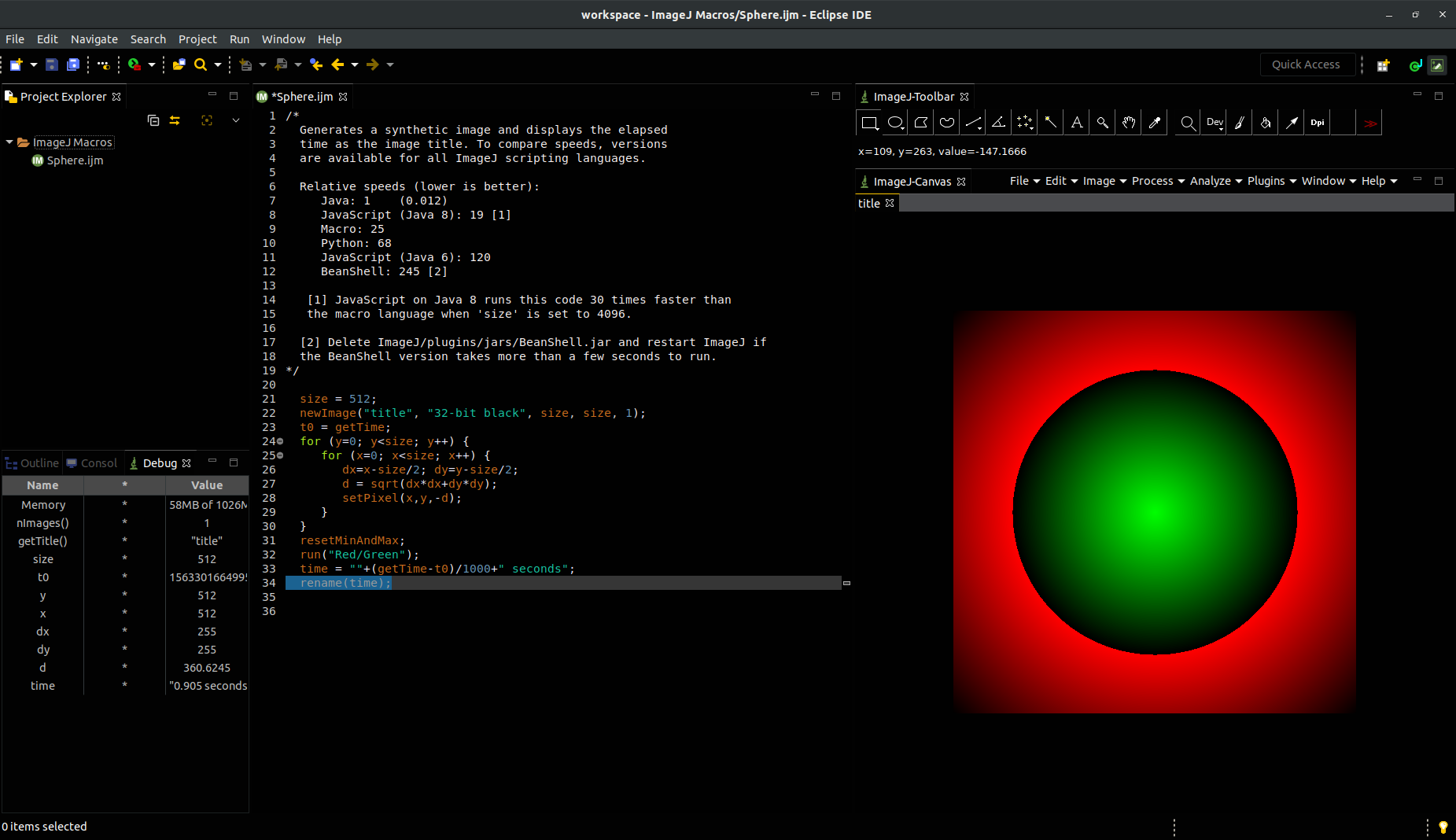 I created an update for MacOSX and Windows which can be easily installed with the Update Manager of Bio7. This update fixes some bugs (which affects Windows and MacOSX only), adds two new scripts in the R-Shell view and updates the ImageJ plugin to version 1.52o33.

Before you update Bio7 make sure that you make a backup of possible installed scripts and ImageJ plugins in the default script and ImageJ plugin location because these two plugins and their preferences will be updated (it might be a good practice to externalize these locations in the Bio7 preferences for updates in the future).

1. Add the update sites below to the Update Manager (Help->Install New Software)

2. Add the URL (Location) of the Update Site (see below).

4. Select Bio7 and confirm all licenses and unavailable certificates during installation.

Update Sites for Windows and MacOSX:

I released a new version of the ImageJ plugin which comes bundled with a feature complete ImageJ macro editor and an embedded Eclipse ImageJ interface.

It might be necessary to uninstall old plugin versions first!

To install the plugin the latest OpenJDK 11 is required and an installation of Eclipse 4.10 or 4.9.

The plugin is availabe from the Eclipse Marketplace Client:

As an alternative open the Help->Install new Software dialog and add the following update site:

To fix the default font size on Eclipse (a matter of taste) I wrote a short summary on the Github page how to fix the font size (see https://github.com/Bio7/EclipseImageJ1Plugin 1 – bottom page).

The plugin source and more information can be found on Github:

I released a new version of the Eclipse ImageJ plugin which now bundles ImageJ (version1.51p) with a full featured Eclipse editor for the macro language of ImageJ. Added features of the editor:

For more information please visit the announcement on the ImageJ forum: http://forum.imagej.net/t/imagej-plugin-with-new-eclipse-macro-editor-released/6191