A new and improved release of Bio7 is available. The new Bio7 2.8 release comes with a plethora of new R features and bugfixes. 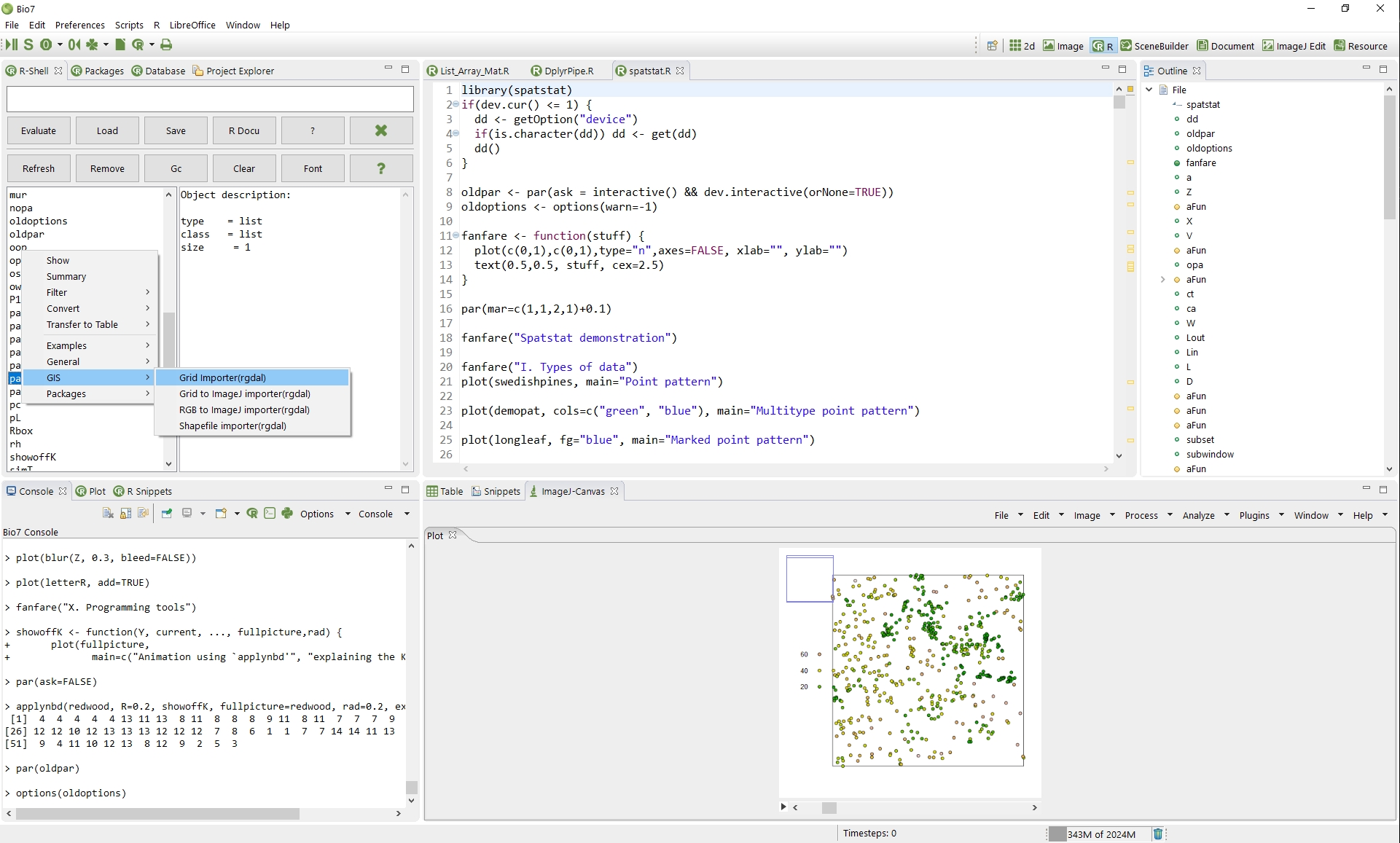 Just download the *.zip distribution file from https://bio7.org and unzip it in your preferred location. Bio7 comes bundled with a Java Runtime Environment, R and Rserve distribution and works out of the box.

Download and extract the installation file from https://bio7.org.
For Linux you have to install R and Rserve (see Rserve installation below!).

If you start Bio7 a warning or error can occur because of the changes how Apple treats signatures! To allow Bio7 to start see this instructions for Yosemite and Sierra:

OS X Yosemite: Open an app from an unidentified developer

macOS Sierra: Open an app from an unidentified developer

If you have still problems with Sierra see this solution!

In addition for MacOSX you have to install R and Rserve (see below!).

To install Rserve open the R shell and then execute the menu action “Options -> Install Rserve (coop. mode) for R …” for different R versions. This will download an install Rserve in your default R library location, see video below (please make sure that your default Linux R library install location has writing permissions!). In cooperative mode only one connection at a time is allowed (which we want for this Desktop appl.) and all subsequent connections share the same namespace (default on Windows)!

R packages which are useful in combination with Bio7 can easily be installed with the R-Shell context menu “Packages” action:

A plethora of Bio7 videotutorials can be found on YouTube.